As part of the Cambridge South Station project, Network Rail are proposing improvements to the rail junction known as Shepreth Branch Junction.

Visit our webpage for our overview of the proposed Cambridge South Station. 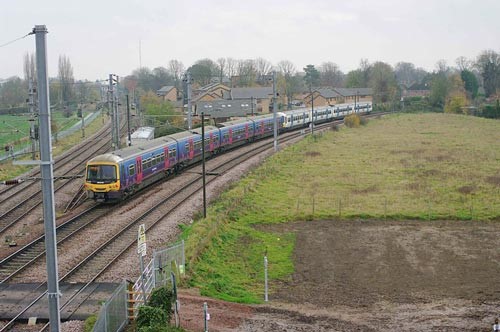 Shepreth Branch Junction (SBJ) is the point in Great Shelford where the rail lines to London diverge – one the Liverpool Street line, which then passes through Shelford station, and the other the King’s Cross line, which passes under Cambridge Road and continues towards Foxton.  A historical note, because the junction’s name causes confusion: in the early days of the railway the only route from Cambridge to London was today’s Liverpool Street line (formally known as the West Anglia Main Line or WAML).  A branch to Shepreth was built off this line, which is how the junction got its name: it was the junction for the Shepreth branch. Later, the Shepreth branch was linked to Royston and through to the East Coast Main Line at Hitchin, so becoming part of a through route from Cambridge to King’s Cross, but the junction’s name remained.

SBJ is north of the Granham’s Road level crossing.  The aerial photograph below shows how properties in Abberley Wood are close to both lines.  The King’s Cross line also runs past housing in Granham’s Close and Davey Crescent.

At present, trains on the King’s Cross line are required to slow to 30mph to negotiate the pointwork at the junction.  Trains on the Liverpool Street line, which have a straight passage through the junction, can maintain the line speed of 90mph.  As part of the work to accompany the construction of Cambridge South station, Network Rail wish to enable trains on the King’s Cross line to pass through at 50mph instead of 30mph.  Essentially this involves moving the pointwork further north and reducing its angles, and a slight realignment (by 1.2 metres at the maximum point) of the curve on the King’s Cross line.  There are also likely to be changes to signal positions, both as part of this project and because Network Rail will be re-signalling the whole Cambridge area over the next three years.

GSPC’s Traffic and Transport Infrastructure Working Group have been in dialogue with Network Rail since February 2021 and have identified the following points as relevant to Great Shelford: 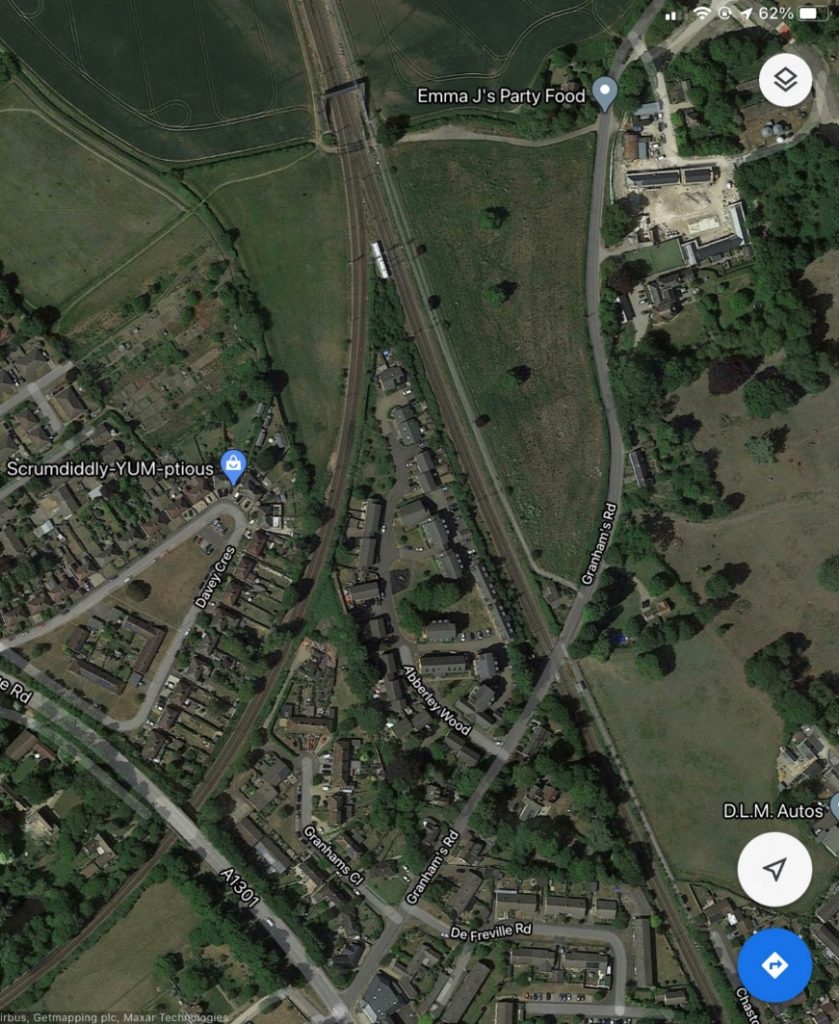 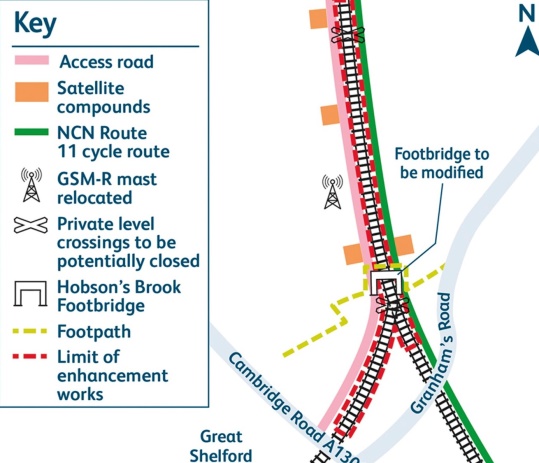 The Cambridge South Station project, including the work at SBJ, was approved by the Secretaries of State for Transport and for Levelling Up, Housing and Communities in December 2022.  Work is expected to start in 2023.

Great Shelford Parish Council understands the rationale for the project but will need to be satisfied by the Code of Construction Practice on the environmental impact during construction and on overnight working.

Disturbance and disruption to local residents must be managed and mitigated by Network Rail.

It will also be important to ensure that the haul road and the construction work do not damage Hobson’s Brook or Hobson’s Conduit.

Great Shelford Parish Council will continue to engage with Network Rail as the project progresses.

Poster created by GSPC for the Feast July 21